Emma Lessiack Keil, born November 24, 1886, was the elder sister of my great-grandfather, Franz Georg Leopold Lessiack. Emma was married to Bruno Max Keil, and their daughter, Wally Keil, was born in New York in late 1912. Based on the size of little Wally, I think these Sol Young studio portraits were probably taken in 1914 or 1915.

I found a very informative article about Sol Young on Brett Payne’s excellent blog, Photo-Sleuth. According to Mr. Payne, “Solomon Young was born in Kraków, Poland…on 7 April 1865. He emigrated to the United States in June 1882 (or 1883) at the age of 17, where he settled in New York and became a naturalised citizen some five years later on 1 August 1888.” By 1915, “New York city directory listings show him with seven branches in New York, and a further studio in Bridgeport (Connecticut) which had been opened two years earlier,” but, other evidence suggests that he had studios, “across New York, the Bronx, Brooklyn, Jersey City and Newark,” at that time. When he died in 1921, Sol Young ran a total of eighteen studios.

I don’t know in which branch these portraits were taken, but I am so very delighted to have the originals. They still look almost new, such was the quality of the paper in use at the time.

Emma Lessiack Keil, Wally Keil, and Bruno Max Keil. The portrait, taken in one of the studios of Sol Young, is undated. 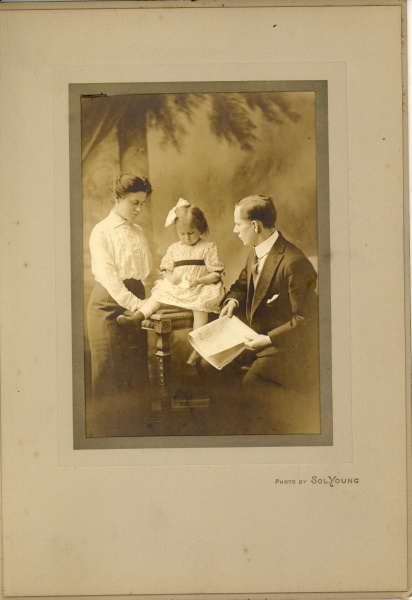 The next two portraits of Wally slay me. Apparently, the impulse to dress our kids up in national costumes and force them to pose for embarrassing photographs is universal in my family. For example, here is my own super enthusiastic La Pollera portrait, taken at the insistence of my mother.

Later, I tormented my own children in the same manner.

I think that, inside, everyone felt sort of like Wally looks in her German garb: “Are you kidding me with this, People?” 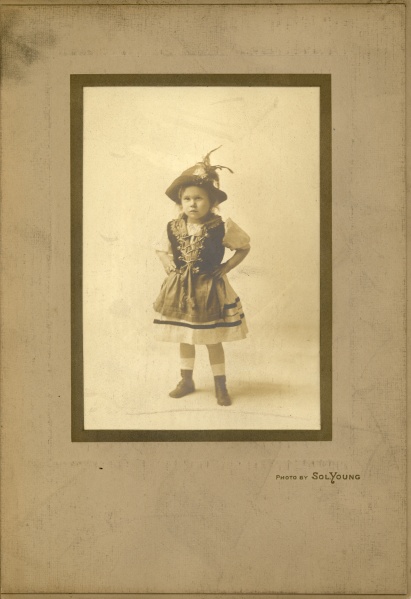 Ah, tradition. But you know what? I’d do it all over again. Yes, I would.