The Early Days of Emmi

As I described in an earlier post, my great-grandpa Franz Georg Leopold Lessiack had three sisters: Emmi, Wally (which I presume is pronounced with a “V” sound), and Johanna, and one brother, Peter. There is ample evidence that Leo was very close to my great-grand-aunt Emmi, and because I’ve been researching her, I feel close to her too. I’m warning you now, People. Get your tissues ready because her story has a very sad ending.

According to her US Passport application and other sources, Emmi was born in Hamburg on November 24, 1886. This makes her the eldest of the five Lessiack children. 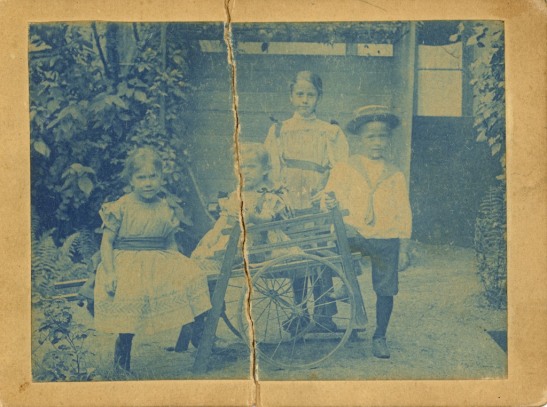 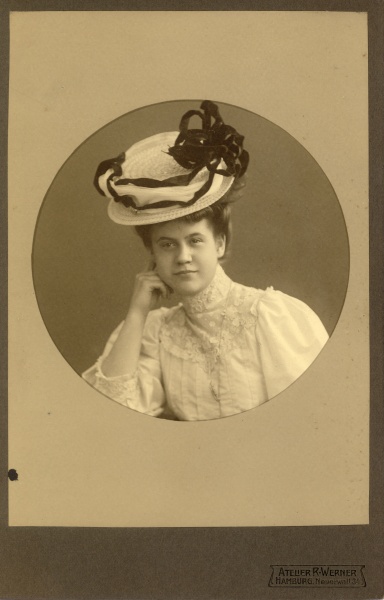 I know very little about Emmi’s early life in Hamburg, but I do know that she married Bruno Keil (who was born May 24, 1886 in Plauen, Saxony, Germany). I haven’t been able to locate a marriage record for the couple, so I don’t know for certain if Emmi and Bruno were wed in Germany or in the U.S.. I suspect they were wed in Germany because they emigrated to the U.S. at different times, and both are listed as married upon arrival. According to the 1920 Federal Census, Bruno emigrated to the US in 1909, and Emmi in 1911, which is consistent with the earliest entry records I was able to find for each of them. More on that census data later, because it was very revealing.

Here’s another undated portrait of Emmi as a young woman, also taken in Hamburg. 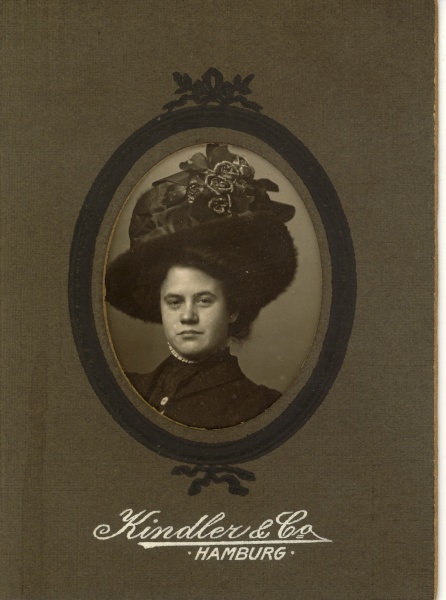 Great-grand-aunt Emmi and Great-grandpa Leo’s tales are very intertwined, so I’ll spin them together over the next few weeks.

Until I started this project, I never knew anything about Leo’s family, other than that they were from Hamburg. I’m so grateful to have stumbled across Leo’s jumbled photo collection because, without those images, chances are that these people would have remained rather abstract in my mind. Not so anymore. The process of scanning the images, trying to put them in order, and trying to correlate what I see in the pictures with what I’m finding in my research has made me feel very connected to these folks.

One similarity has really struck me in all this: like my own family, which is spread out all over the place and consequently isn’t able to be together very often, the Lessiack family straddled distant locations and probably also struggled to stay connected. It’s interesting, and a little bit sad, how patterns repeat themselves. Whether people move to follow opportunity, or whether they stay where they are rooted, something is always gained, and something is always lost.

15 comments on “The Early Days of Emmi”