A few weeks back, I shared some mystery photographs that I found among my great-grandparents’ things. Here are a few more of those lovelies.

As I mentioned earlier, some of the picture are from Hamburg, where Leo grew up, but a few are from New York and New Jersey, where Leo arrived as a young man of 21 in 1912, and where he and Margaret settled. The quality of the images is so exquisite — the paper is creamy, they’re mounted on durable (and seemingly acid-free) board, and they look as if they haven’t faded at all. 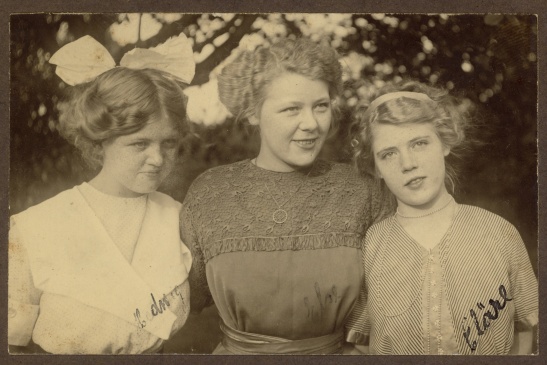 I assume that these three women — Hedwig, Else, and Cläre — are sisters because they look rather alike. Hedwig signed the back the photograph. 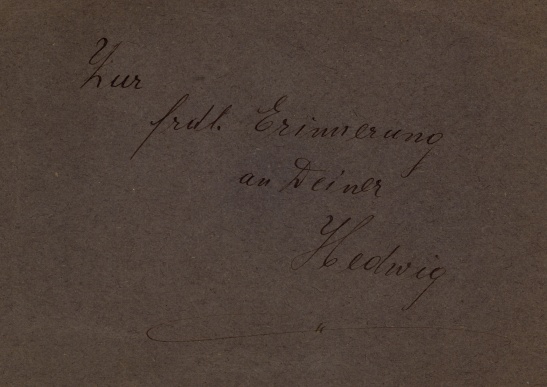 I played with Google Translate for a while to understand the inscription from Hedwig. It seems to say something like, “To your happy memories” or “To commemorate happy memories.” This is only a guess, however — alas, I don’t speak German. 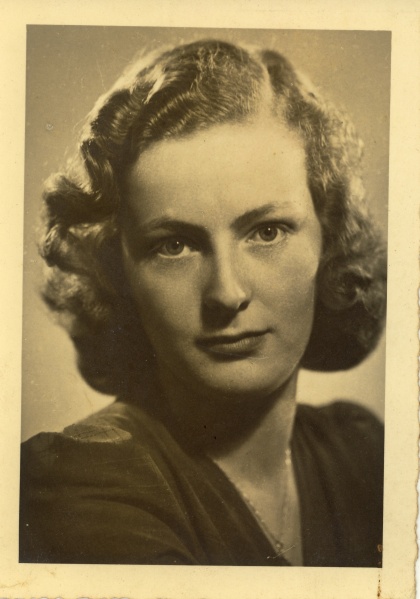 This intense young woman is identified only as “Chris” and the photo was presumably taken in 1945 at Studio Percenel in Brussels. 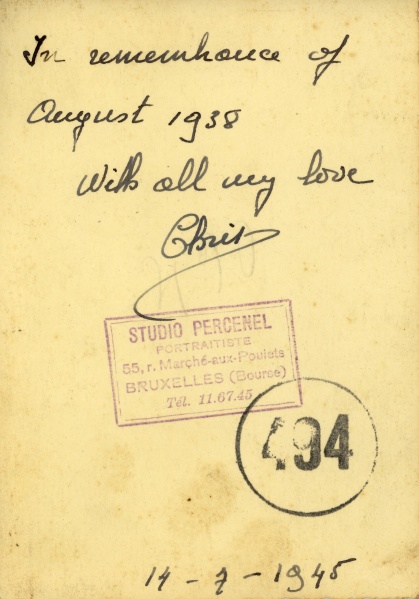 There are two shots of this unidentified young lady, both taken at the F. Reimer studio in Hamburg, but at different times, based on her clothing. 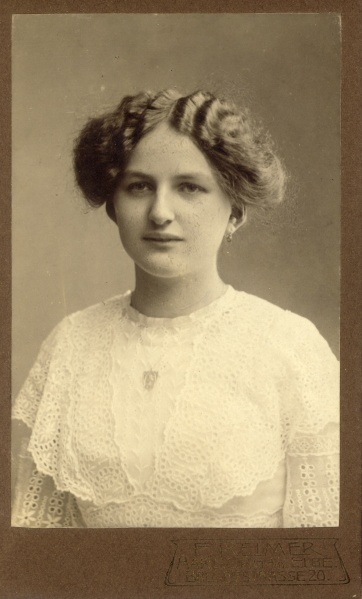 Here’s the second, closer view. That hairdo must have been quite something to achieve every morning, and the eyelet lace she’s wearing is so exquisite.

This is my favorite of the mystery ladies. She looks as if she’s dressed for an adventure. Alas, there are no clues to her identity or where the photograph was taken.

In other news, I’ve been digging into that genealogy scroll, and I am in awe of what my great-grandmother Helen Hudelson Adams Yoder was able to achieve without benefit of the internet. I have no idea how she did it, but am so very grateful that she did. I’ve begun entering all the data into my own family tree and am discovering many fascinating things along the way — there’s fodder for about a million posts in there. The trick is going to be staying focused and not going off in ten directions at once. Squirrel?!?

Have a great weekend, People.